Whenever we think of cars, what is it exactly that we are thinking about? Depending what you’re interested in it could be a well-sculpted design, the smooth feel of a tight turn, or a complicated combination of metal parts that culminate in combustible power. If you fall under the latter of the categories, Ford is making your experience even better with smarter engines.

With the new 1.5 liter EcoBoost engine you’re looking at an aluminum-block, twin-cam engine with direct fuel injection and variable valve timing that includes an integrated exhaust manifold, a computer-controlled clutch on the belt-drive water pump, which further improves efficiency by reducing warm-up time, and a water-cooled charged air cooler, to offer a more efficient feed of air into the engine.

END_OF_DOCUMENT_TOKEN_TO_BE_REPLACED 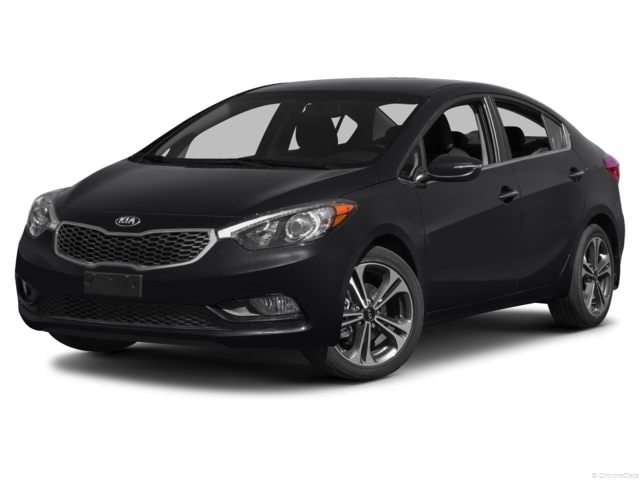 The 2014 Kia Forte has been named the best Compact Sedan in MotorTrend’s test of the 5 most popular vehicles in the class.
Comparing the redesigned 2014 Kia Forte to vehicles such as the Mazda3 and Dodge Dart, the Forte came out No. 1.
When voting the Forte No. 1, MotorTrend says: “Handles well, sips fuel, loaded with exclusive features, and priced just right. What’s not to like?”
This wasn’t just a simple visual inspection of the big 5. MotorTrend reviewed the following highlights:
One area where the Forte blew away the competition was performance:
END_OF_DOCUMENT_TOKEN_TO_BE_REPLACED

The Ford C-Max Energi, Taurus, and Flex have all earned awards from the Automotive Science Group (ASG).

Ford is a global leader when it comes to protecting the environment and the people who buy their cars. The ASG awards are just more proof of this.

END_OF_DOCUMENT_TOKEN_TO_BE_REPLACED

The Honda Accord already has an impressive lineup, including the four-cylinder and V6 powered Accord sedan, the Accord coupe, and the advanced Accord Plug-in. Honda will soon be adding the Accord Hybrid to the sophisticated yet sporty lineup.

The 2014 Honda Accord Hybrid is anticipated to achieve a class-leading 49 mpg in the city and 45 on the highway for a combined fuel economy of 47 mpg.

This Accord will be the first Hybrid assembled in Marysville, Ohio, and will go on sale nationwide in October 2013.

END_OF_DOCUMENT_TOKEN_TO_BE_REPLACED

The 2013 Ford F-150 was named the Most American Made car, according to cars.com.

The Ford F-150 has surpassed Toyota as the Most American Made Car in Cars.Com annual American-Made Index.

The F-150, made in Dearborn, Mich. and Claycomo, Mo., has been No. 2, but was finally able to pass the Toyota Camry in this year’s list. The index ranks model lines based on their sales and whether car or truck parts and completed vehicles are built in the U.S.

“Ford’s top ranking this year is a good indicator of how pickup trucks are dominating auto sales so far in 2013, and how the domestic automakers are bouncing back,” Patrick Olsen, Cars.com’s editor-in-chief, said in the statement.

END_OF_DOCUMENT_TOKEN_TO_BE_REPLACED

Five signers were captured by the British as traitors, and tortured before they died.

Twelve had their homes ransacked and burned.  Two lost their sons serving in the Revolutionary Army; another had two sons captured.

Nine of the 56 fought and died from wounds or hardships of the Revolutionary War.

They signed and they pledged their lives, their fortunes, and their sacred honor.

END_OF_DOCUMENT_TOKEN_TO_BE_REPLACED

Each year since 1964 the Automotive Executive of the Year “celebrates individuals who demonstrate great leadership and tireless dedication to the innovation and creative thinking needed to succeed in this industry.”

The award was given to the Hyundai CEO because he “reshaped the way Hyundai approaches the market with consumer focus, compelling design, and enduring value”, says Robert Djurovic, executive director of the Automotive Executive of the Year Award program.

END_OF_DOCUMENT_TOKEN_TO_BE_REPLACED

One of the coolest and most affordable cars on the market.

When shopping for an affordable vehicle we often times have to sacrifice style. However, that is not the case with two of the coolest cars from Honda.

Kelley Blue Book has put together a list of the coolest cars for under $18,000, using their Fair Purchase Price.

The Honda Civic and the Honda Fit have both landed themselves on this cool list.

END_OF_DOCUMENT_TOKEN_TO_BE_REPLACED

The 2014 Mitsubishi Outlander has the lowest cost of ownership in its class according to KBB.

The much-hyped 2014 Mitsubishi Outlander has made its way to Waikem Mitsubishi. We were excited to see this all-new redesign in person, and our first spin was everything we hoped it would be.

The 2014 Mitsubishi Outlander is more fuel efficient and lighter than past models. Add in a redesigned, upscale interior, and the Outlander is primed to be a top choice in the Crossover segment.

So what’s new? Everything really. Let’s start with the body. Outside the Mitsubishi Outlander comes with a lighter, more sleek body. In fact, Mitsubishi says the new Outlander is 220 pounds lighter than previous body. Through wind tunnel testing, the Outlander is 7% less wind resistant. Up front you’ll notice a new fascia and all new super-wide HID headlights. It will come in 6 different exterior color option.

END_OF_DOCUMENT_TOKEN_TO_BE_REPLACED

The 2013 Hyundai Genesis outperformed all other luxury brands in the 2013 J.D. Power and Associates U.S. Initial Quality Study.

The Hyundai luxury model defeated even the Mercedes-Benz and the Jaguar in J.D. Power’s annual study.

The J.D. Power Study is based on customer surveys 90 days after they purchase their vehicle. Study takes place between February and May 2013. he study is used by manufacturers worldwide to improve quality and by consumers to help them make more informed purchasing decisions. Throughout the years, initial quality has been shown to be a leading indicator of long-term durability, which directly impacts customer loyalty and purchase decisions.